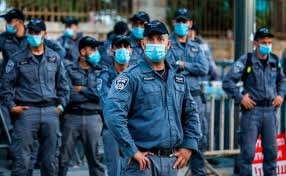 The police will gain access to the database of about 75,000 medical cannabis patients in Israel. The stated purpose: to prevent false arrests of patients who do not hold the license even though it is valid. “No medical information will be provided,” the health ministry explained

According to a report, the police asked for full details but the Ministry of Health intends to provide only some of the details, apparently additional names and data but without medical information. The reason for the police demand, which today is not exposed to this data, is ostensibly to facilitate enforcement since a citizen caught with cannabis has to present a license that is not always in his possession.

Levy reports that “the Ministry of Health initially rejected the request on grounds of privacy, but is now examining an outline that will allow limited access to a database containing information on about 80,000

According to the police, the move is intended to facilitate the police and prevent false arrests, since many citizens do not carry a license with them,” it was reported. The plan is to give each police officer access to a special police terminal where after entering details such as an identity card the police officer …