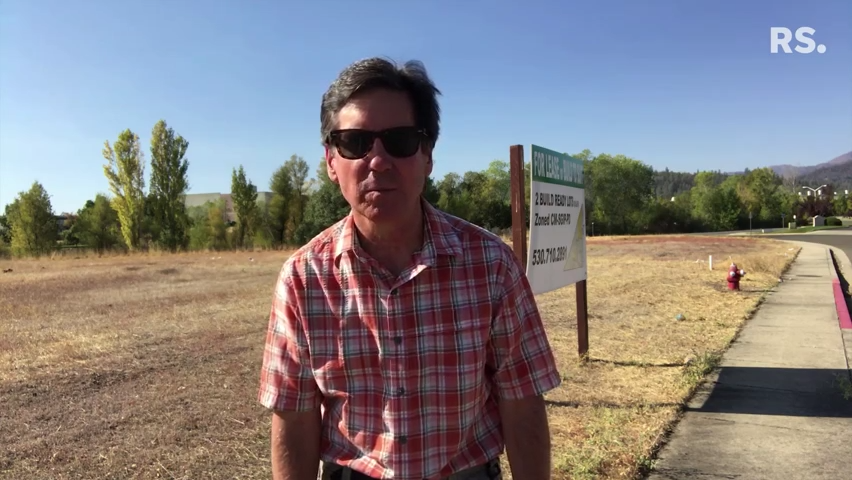 Happy Friday! Shasta Lake has approved an electric grid upgrade that will help power up the city’s growing cannabis sector.

Up to 20 different buildings housing cannabis businesses could start coming online next year, city officials told me. The property owners have informally requested an additional 14 megawatts based on their service needs.

Among the new businesses is the Ashby Road Cannabis Campus that city officials recently approved. The campus will be between Woodley Avenue and Arlene Court, north of Pine Grove Avenue on the west side of Ashby Road. Manzanita Ranch Estates LLC wants to develop a commercial cannabis cultivation, distribution, and manufacturing operation.

On the other side of Pine Grove Avenue, in Shasta Gateway Industrial Park, there are two marijuana cultivators, two manufacturers and a distributor currently doing business. There are nine lots still available in the business park and there’s a good chance at least four of those parcels will one day house a marijuana operation, City Manager John Duckett told me.

So earlier in October, the Shasta Lake City Council approved an extended power service agreement to the industrial park and adjoining area, a $2 million to $3 million electric upgrade project that will be paid for by the property owners seeking the extra power.

The newly created capacity would be available to any new customer. However, the property owners paying for the project would have first dibs on the power service for the first three years following the electric upgrade installation, Shasta Lake Electric Utility Director James Takehara said.

“For example, if you give a $1,000 deposit to a car dealership in Oregon, you’re not going to drive up there without some assurance that the car is going to be there,” Takehara said.

Takehara said current ratepayers will not see an increase in their bills due to the electric grid upgrade.

And the growing demand for power from Shasta Lake’s cannabis industry won’t affect the city utility’s ability to power homes.

“We should be fine because it’s a different circuit,” Takehara said.

Shasta Lake voters in 2017 overwhelmingly approved an expansion of the city’s marijuana tax, Measure A, whose funds are used exclusively for law enforcement and code enforcement activities.

The city contracts with the Shasta County Sheriff’s Office for 10 deputies, two sergeants, a lieutenant and a community service officer.

The tax brought in $827,000 the last fiscal year, money that helped the city purchase new patrol vehicles and pay for upkeep on the vehicles, Duckett said. The money also helps pay for a full-time code enforcement officer.

“We wouldn’t have hired a full-time code enforcement officer and probably may have had to trim law enforcement, but hopefully we would have maintained it, probably more like the status quo,” Duckett said. “It probably would not allow us to move forward to update the police vehicles. Those start to age out due to mileage.”

The Shasta County Board of Supervisors in September approved up to $3 million in COVID-19 relief grants for business and nonprofits in the incorporated cities and unincorporated areas.

The Redding Chamber of Commerce was tasked with the responsibility of administering the grants, and it’s no surprise that the chamber had little trouble exhausting the money.

Chamber President Jake Mangas told me that 350 businesses and nonprofits qualified for a grant before the money was gone. The average grant was $8,500. The most a business or nonprofit could ask for was $10,000, and Mangas said there was a good number of restaurants that applied for a $10,000 grant.

Most who got a grant operate in Redding, which makes sense since it is the center of commerce for the county. Mangas said approximately 70 businesses in unincorporated Shasta County will get a grant.

‘In business you negotiate, you never threaten’

Interesting the reaction after the surprising reversal from the state that saved Shasta County from going into the most-restrictive purple COVID-19 tier.

Some believe the state finally listened to the anti-mask, defy Gov. Gavin Newsom crowd that has been showing up for months at Board of Supervisors meetings, demanding the county open, some threatening officials if they don’t.

Others, including Supervisors Joe Chimenti and Leonard Moty, who actually worked with state Health and Human Services Secretary Dr. Mark Ghaly to keep us in the red tier, say the state listened because local health officials presented a fact-based, measured case.

Chimenti summed it up best when he spoke to Mangas recently.

“In business you negotiate, you never threaten. We were successful in spite of the bullies, not because of them.”

If you’re one of those old-school subscribers who reads the print edition only, then you missed an update to last Tuesday’s story on the Shasta County Board of Supervisors District 4 race between incumbent Steve Morgan and challenger Patrick Jones.

The print version did not have comments from county Auditor-Controller Brian Muir. Muir contacted me after the press deadline, so he made the online version only.

Jones and Morgan are at odds over opening the county. Jones believes the county should completely reopen. Morgan, and the majority of supervisors, believe what the county is doing, following local and state guidelines and listening to public health experts, is working.

Jones says the county should defy Gov. Gavin Newsom, and if the state holds back money because of our defiance, then Jones says Shasta County can do the same and hold back the property and sales taxes it allocates to Sacramento.

Muir threw cold water on that plan: “The county does not remit any property taxes to the state, and sales tax is collected by businesses operating in Shasta County and remitted, by them, directly to the state. Therefore, the answer is that the county has nothing to withhold.”

David Benda covers business, development and anything else that comes up for the USA TODAY Network in Redding. He also writes the weekly “Buzz on the Street” column. He’s part of a team of dedicated reporters that investigate wrongdoing, cover breaking news and tell other stories about your community. Reach him on Twitter @DavidBenda_RS or by phone at 1-530-225-8219. To support and sustain this work, please subscribe today.