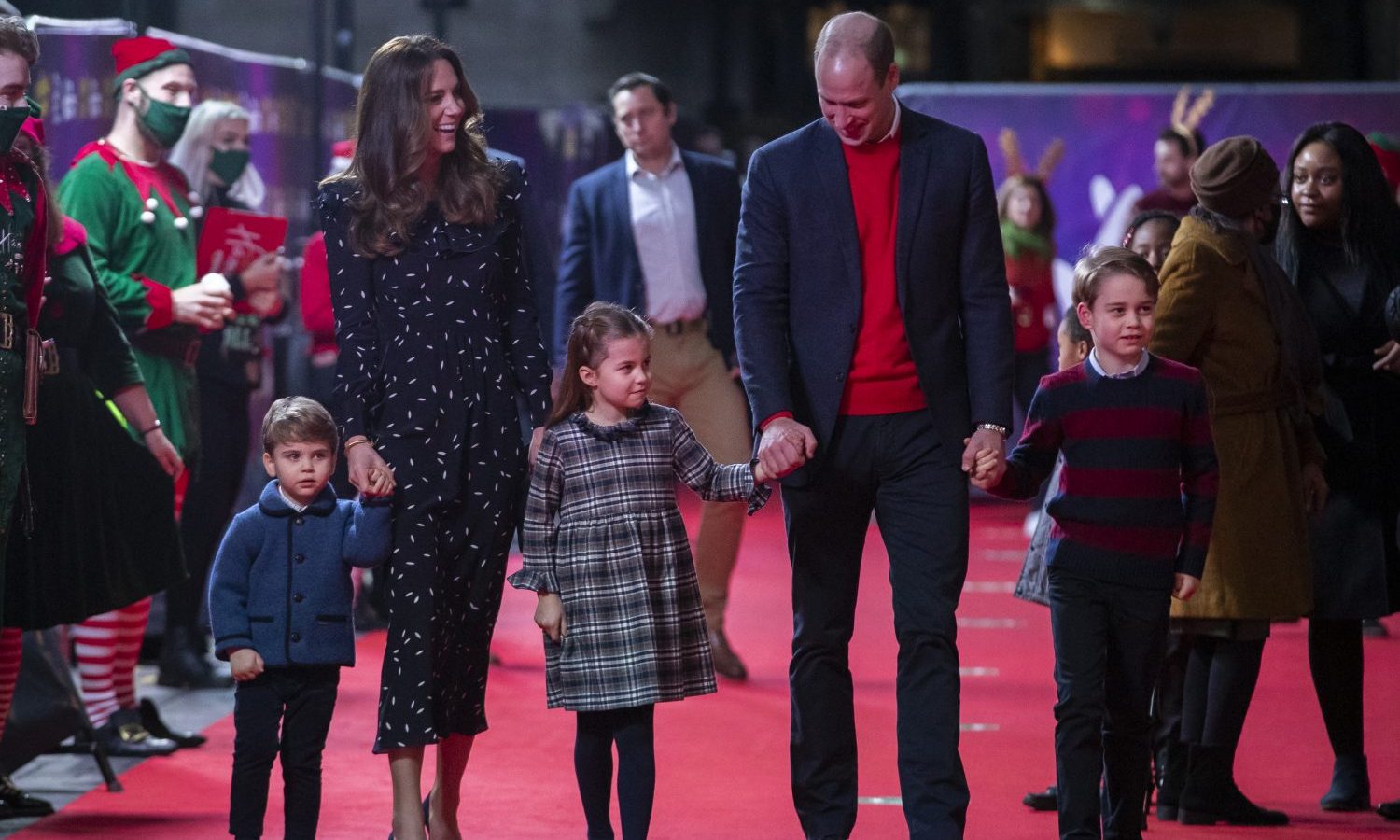 The Duke and Duchess of Cambridge have released their official family Christmas card portrait. And considering we’re all going through a global pandemic, everyone seems pretty joyful.

In addition to Kate Middleton and Prince William, the photo shows a smiling Prince George, 7, his younger sister Princess Charlotte, 5, and the youngest, Prince Louis, 2.

Matt Porteous snapped the photo, one of many official shots he’s taken of the family over the years, including their Christmas card from 2018.

“It was an honour to photograph The Duke and Duchess of Cambridge and their family,” he captioned his Instagram post featuring this year’s holiday portrait. “Capturing the fun and relaxed moments between such a wonderful family is always a true privilege.”⁠⠀

Per CNN, because of the pandemic, the royal family won’t be spending the holidays like they usually do, at Sandringham, Queen Elizabeth II’s country estate in rural Norfolk, around 100 miles northeast of London.

RELATED: Harry And Meghan Are On ‘Much Better’ Terms With The Royal Family

Instead, according to an official press statement, the Queen and Prince Philip will be celebrating this year’s Christmas “quietly” in their residence at Windsor Castle.

RELATED: Kate And William Have Changed In This Major Way Since Meghan And Harry Left

Says a Buckingham Palace official: “Having considered all the appropriate advice, The Queen and The Duke of Edinburgh have decided that this year they will spend Christmas quietly in Windsor.”

The Cambridges made their red carpet debut last Friday when they attended a special pantomime performance of Pantoland at The Palladium, which was held (socially distanced, of course) to thank frontline workers and their families for their efforts this year.