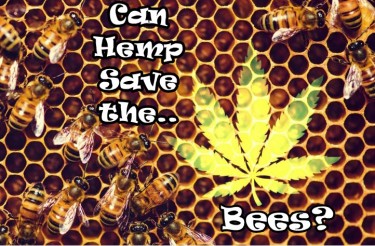 Today – as I wandered down a Reddit Hole – I stumbled on this promising article headline that read something like, “Bees Love Hemp (Study)”

I was like, “Ya they do!” without even reading it. But as I scrolled down I saw someone post about how bees only go to hemp when they don’t have any other sources of pollen.

I already linked the “Pro” position and here is the “Only when there’s not enough pollen” perspective here.

Now that you can access both of the original sources yourself – let me show you how you analytically dissect a topic to find some remnant of truth in between.

We don’t live in a binary world no matter how hard politicians try to convince us that we do. You see, life is never black nor white but a mish-mash of colors, sounds and many other flavors that make reality – “real”.

As conscious human beings, we live subjective realities. No two people can see the same thing, we all have a unique “angle” on things and the same goes for our mental concepts. If you think that the person standing next to you had the same definition of “freedom” for example – you’ll realize that nobody sees eye to eye.

Therefore, when you know “nothing” – like I do when it comes to bees and cannabis – you have to assume that both of the positions are both “True” and “False” simultaneously.

Thus, when I read the first article, I’m reading it through the lens of a “believer”. It is 100% correct. Similarly, I will read the opposing view as 100% correct. Only when I can discover the essence of the argument, can I begin to measure them against each other.

While this sounds simple on paper, it’s not easy to partition one’s mind on certain topics. With bees, since it’s far removed from me personally – it’s easier to be cold and clinical about the subject matter, but it changes when you deal with more personal affairs.

Now that we have the technique, let’s look at source 1 through the eyes of a believer

Bees Love Hemp [As a believer]

When reading the first article, it cited a study. I clicked on the link and it took me to a legitimate study where they found that bees, while not particularly attracted to hemp – did use hemp pollen during times of scarcity.

Even as a believer – this makes me think twice about the source since the title is somewhat misleading. However, even while the claim is thin, there is “some evidence” to suggest some validity.

Moreover – the article points out that “hemp could be an additional source of nutrition for bees” not that “bees are madly in love with it”.

This is essentially the gist of this first article. Now let’s take a look at the second article.

Save the Bees: Bees and Cannabis

The second article comes from a website called “Save the bees”. I can get behind that. It starts off with a few questions about the alleged relationship between bees and cannabis and essentially says the same as the first article in that, “bees prefer taller cannabis species and use it as a supplemental nutritional source of pollen”.

The only other tangent that this article talks about is “cannabis infused honey” and saying that if a vendor tells you that it came “directly from the hive” – they are probably bullshitting. Great advice.

Typically – at this point I would read the articles again but as “the supreme critic”. I will go into every little detail, turn over every rock. If the study is on a server without the proper security certificates – I would count it against them.

However, in this particular case – both of the articles are actually saying the same thing. This means that it isn’t an issue of “do bees love or hate cannabis” but rather, somewhere in between – just like with virtually every topic you’ll engage with for the rest of your lives.

I hope this technique at least gives those who have read this far some resources to confront the world where information is so abundant – it’s sometimes hard to tell the difference between what’s real and what’s a total fabrication.

As a side note – if you get pissed off, smoke some weed – chill, life is just a game, make sure you’re playing yours. 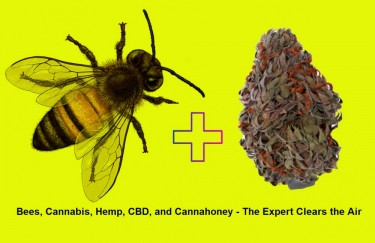 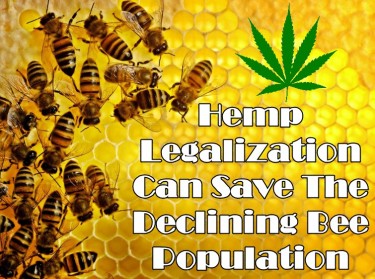 CAN LEGALIZING HEMP SAVE THE DWINDLING BEE POPULATION? 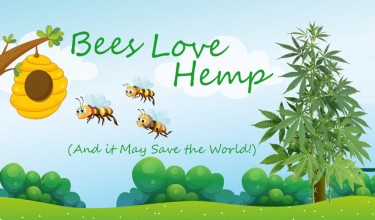 WHY DO BEES LOVE HEMP SO MUCH, IS IT THE CBD? READ THIS!